On Grief as Buffering

On Grief as Buffering 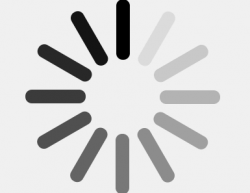 Images that appear in your mind are so often from the Holy Spirit Himself. And those images, when of Him, bring such clarity sometimes that it is hard to ignore and a peace to embrace. Such an image came to me a while ago in the midst of talking with my therapist. The idea just came out while I don’t even think I was conscious of it: The process of grief is like a video that buffers. We’ve all experienced buffering videos–probably weekly–so it’s a picture that relates well with our 21st century culture. Here are five reasons why buffering videos metaphorically explain the grief process:

When you click play on a video that needs to buffer, either a translucent circle spins or dots chase one another in a similar shape. You wonder if the triangle play button needs to be pushed/clicked, or if the twin vertical parallel lines are indicate the video is paused. You see a bar slowly moving right of the play/pause indicators giving you a glimmer of hope that your video will start, but you may as well be watching grass grow. Occasionally the already-buffered portion will be almost halfway before the video even starts playing; every indicator of your patience rewarded displays itself, but still no video plays. This entire process and these thoughts can vary in length from milliseconds to minutes.

So it is with grief: you think that life can and/or will go on, but it just won’t. You’re stuck in this period of waiting where you can’t move forward. You don’t know why, but like buffering, there’s something going on that you just can’t see. It feels like it should be playing; every indicator that typically demonstrates there’s movement only teases of the progress you hope for, yet dread.

Be patient in affliction, joyful in hope, and faithful in prayer.

2. It catches up quickly to whatever progress has been made

Once the video begins playing, you think you are through the buffering when suddenly the frame freezes and more buffering awaits. The relief that the video began playing switches to uneasiness that you will need to wait all over again in stillness.

Grief does this, too. It allows you to take a moment to function “normally” (a.k.a. similarly to how you used to), but then something reminds you of your loss and your brain does anything but buffer as it spins more out of control than any “pinwheel of death” sign of a video buffering. Sometimes that mind-roller-coaster comes to a stop sooner than other times, but the punch in the gut that the emotional spinning does causes a buffer to occur internally that impacts your being from functioning “normally”.

And that’s ok. Grief, especially when unexpected, tragic, world-shaking, and bizarre needs to be given time to mourn. And the mourning is allowable.

I have heard many an inspirational speaker who is sold out for their cause speak towards not letting anything slow them down. I twinge when I hear such a message because:

Regarding that last reason, some people may spin out of control when they need to grieve and they feel like they can’t measure up to the motivational standard of pressing on no matter what? There’s a part where I need to just stay in my lane and not worry about others and their issues, but it does concern me having been there and knowing that life/grief catches up. Wait a second … maybe it’s not just grief that buffers, but life itself.

Blessed are those who mourn, for they shall be comforted.

3. You may need to rewind to the beginning

There’s times when your video is stuck to the point where you know you need to refresh the whole thing. Starting over is the only progress that can be made. It’s those times when you wonder if the video is really worth watching at all. One Saturday night our family rented a movie that needed to be streamed. Our plan was to have that play, so we needed to do something to move forward instead of stare at an awkwardly paused picture. That something was starting over. Repeatedly.

The question, “Where was I in the story?” typically accompanies this reality. It was recently that my wife and I were watching a show and the next day I recalled falling asleep in the middle of it. Long-story made short, I ended up fast-forwarding every 10-30 seconds only to discover I had watched the whole thing the night before! It certainly helped me pick up the storyline prior to watching the next episode, but it felt almost like a waste.

I’ve been trying to recall the week of my brothers passing and the week that followed. I am constantly starting over and coming back to it. I really just want to finish, but I either don’t have the time or get paused in the middle of writing to the point where I just can’t keep going. I have been working on it since June 4, two days before Brian’s birthday. I keep having to re-start. And yet, while that is frustrating, like in the previous truth of buffering: that’s ok. Starting the grief process over only allows one to process through the story better and face that which has plagued our minds to desensitize to the reality of what is.

Some say this is a way to deal with trauma, which makes sense, but as a Christian, I wrestle with the fact that so often we are told to move forward and not worry about the past. Forgiveness, the core feature of God’s love in Christianity versus every other religion, moves beyond the past into the present and most importantly, the future.

4. It may start playing unbeknownst to you

There have been times when I’ve simply walked away from a video because its previous buffering wait time was minutes long. Instead of staring at a pinwheel, I’ve gotten up to do something else. Strangely enough, when I’ve come back, the video had begun playing soon after I left. The decision whether to rewind and risk experiencing the delay all over again then becomes a pinball bouncing around in my cranium.

So it is with grief. You may miss out on a processing opportunity and delay wanting to deal with it because of the delay and grief that may be a part of it. For example, there is a grief group I wanted to join and could have if I didn’t have a work situation that made consistency complex. I know I’m missing out on the opportunity to process and deal with what I need to, and I wish I could just be dealing with it now. But the video has begun playing and I’m not there to watch it.

All that to be said, I need to trust that the timing God has whether the “video” plays unbeknownst to me or not is His timing. Wisdom must be sought in these times instead of ignorantly assuming things will be dealt with, but the timing isn’t always what we think it needs to be.

For my thoughts are not your thoughts,

neither are your ways my ways, declares the Lord.

5. Sometimes you never do finish the video, and even if you do …

… there’s often another video right behind it. Grief, or life, as “the videos we often watch” never end. Yet sometimes we are able to move on as if they are complete due to processing in a healthy way and knowing we can “go back” to the url where the video is if we need to watch it again. Since we already watched it, the video is in our cache and need not buffer again. (For non-techies, this means that it is saved in our computer so we don’t need to let it buffer again.)

There’s always another video that follows. It may be an advertisement that gives us a reprieve from the painful processing a video can cause, but we will always be processing and stepping forward in life/grief. It’s just how it goes.